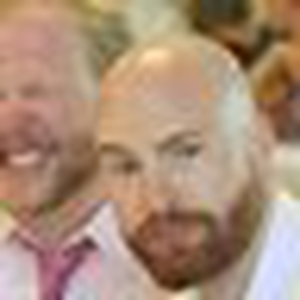 Really great idea! This was also one of the earlier things I tried figuring out with Bolt using state graphs, but a one off node is even better. Cheers!

Thanks for this!! I can't wait to get back to learning Bolt. I'm currently learning c# so I can then use Bolt correctly.

I can't wait to see this tutorial, really looking forward to it.

Where are tutorials? Not just an example but a step …

Where is the tutorial?

Where are tutorials? Not just an example but a step …

I'm in the same position with Bolt. After spending some time trying to figure it out, it's just too directly like scripting code. So, I'm actually taking the time to learn how to code in Visual Studio so I can better understand Bolt - but I think to get the fundamentals of code down will be at least 6 months and that is how much i would like to use Bolt competently.

While I'm not an advanced Playmaker user -  more of a competent user with a fair bit of experience that I do use in a production environment, Bolt is just very much different. I think to really understand Bolt from scratch would take months with no prior knowledge of code.

Point being, I'm all for proper tutorials. But, in the mean time I will just learn how to actually write code, then return to Bolt once I have a solid foundation.

Well, I think with how cool Bolt is already, you'll come up with something great!

Thank you so much for this! This is incredibly helpful and just what I've been looking for. I don't know if you're part of the Bolt team, or just a very talented user, but this is fantastic. I was reading your previous post and learned quite a bit, but really spelling it out like this is perfect - and probably time consuming on your part. I really do appreciate you taking the time to put this together. Getting late my time so I will dive in tomorrow morning.

So, I added the Custom Type Application from the Preferences > Ludiq menu. Is that the right process for this? If I don't find a node type for a particular function I just search for it there as well? In the Preferences> Ludiq menu, I mean.

Wow, thank you so much for this! I will try to implement again. I have to read all of this thoroughly tonight. Just wanted to reply now to say thank you, and again will read in detail.

But, the info about playmaker and bolt was good to hear as well. I was wondering why I can do so much when understanding so little.

Thanks for the detailed feedback! That does clear some things up, like basing things around transitions, not current state. Below is what I'm trying to do: You will have the excuse the crudeness of the diagram. Installed a new CPU today, now my tablet doesn't work.

But, yes, separate game objects, From a flow graph that says if cubes y position is equal to or less than -1, a  custom event fires to a separate object called GameManager. GameManger is a state machine with one Idle state, and two finishing states. One is Restart the game, the other is load a You Won screen.

But yeah, I can't get the states to fire. It seems to have more with mistakes in getting the Custom Event Trigger to correctly set up.